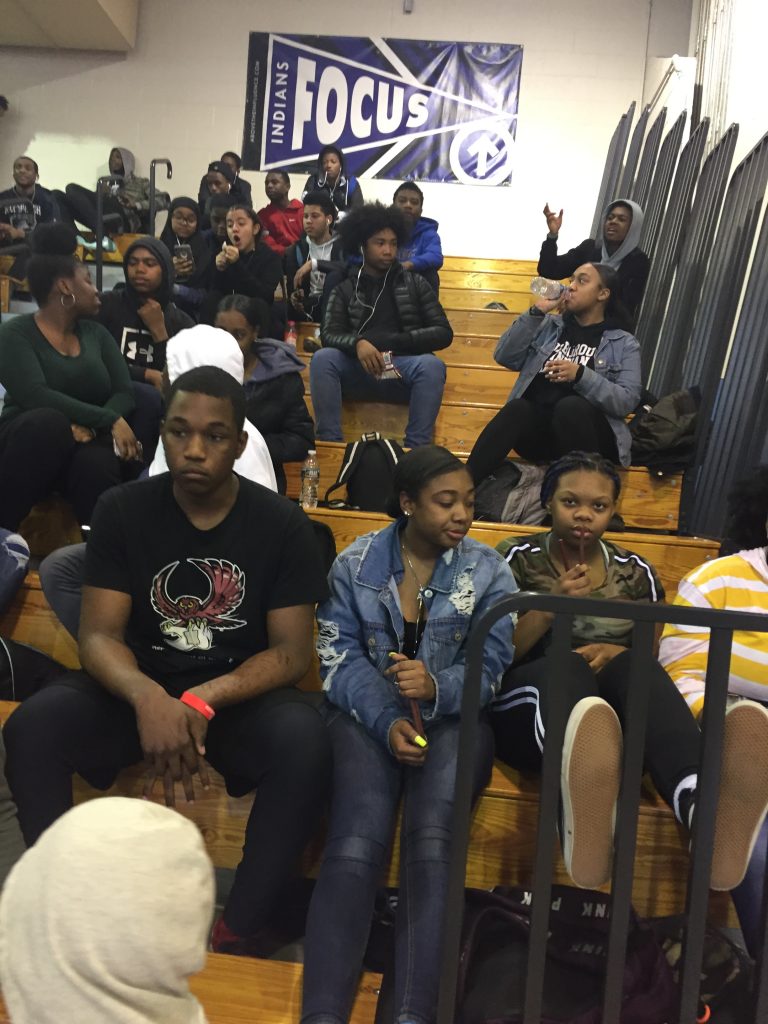 Wow! Two competitive games were played after school today and the crowd was extra hype.  The Freshmen team defeated the Biotechnology team 73-63.  Mr. Q and Mr. McKenna led by example as they battled for victory.  They both had their share of 3s.  Sean Robinson was a crowd-pleaser for sure with his exceptional hustle.  In the VAP Academy match-up, Film and Video beat the Web Design team 56-40.  Mrs. Bender and her lady Indians, Kayla Faulk and Janiyah Greer held their own with the boys.  Shout out to other staff members who played hard against the young bouls- Mr. Perricone, Mr. Smith, Sgt. Beadles, Mr. Rick (I have to learn his last name!), Mr. Feleccia, Mr. Sebhatu, and Ms. Bertoni.  I can’t forget to mention Mr. Dumsha and Mr. McGavin who officiated both games fairly.  Thank you also to all of the staff who came out to cheer on their teams.

Tomorrow the Business teams go head to head.  Join us at 3:15 in the gym.  All winners will join the Kinesiology team in the semi-finals on Friday at 1:30.