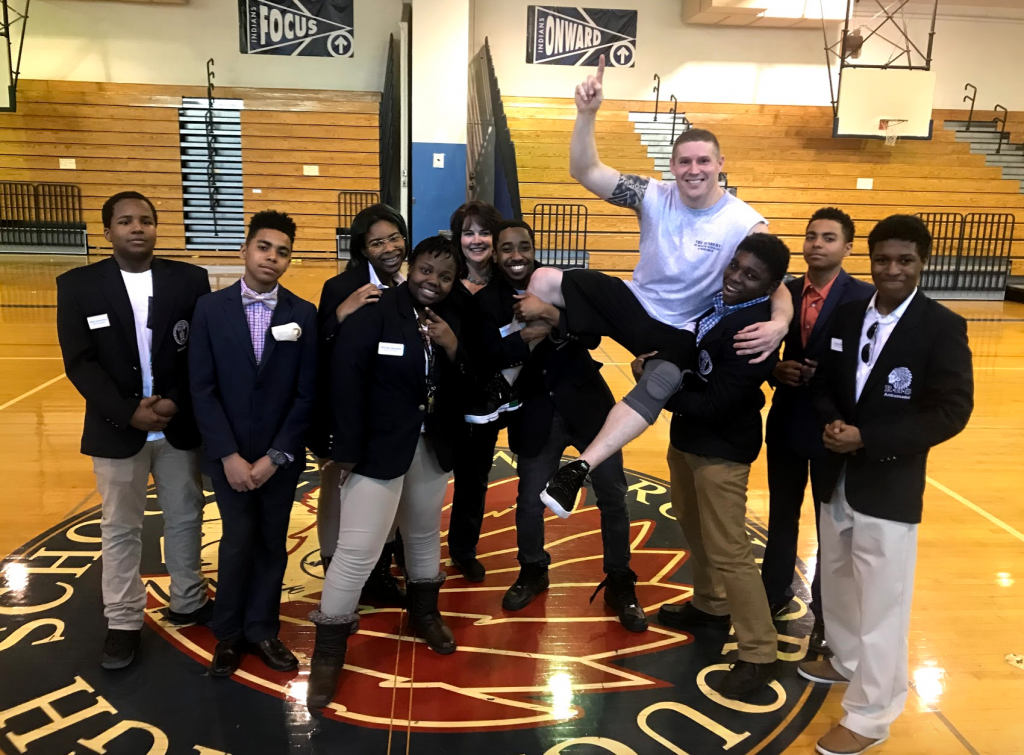 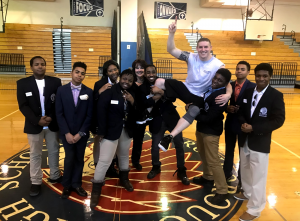 The Academy March Madness games were a great success!  Thanks to Mrs. Arnold and Sam & Solomon Johnson for organizing such a wonderful event.  Staff and students played together on the court and cheered on the sidelines.  The Academy March Madness final was played on Friday, March 23.  Kinesiology faced off with Web Design in a tough game.  The first half was close but Kinesiology started to dominate in the second half and edged out the victory.  The Wed Design team was supported by Mr. Thurlow and Mrs. Bender coaching from the bench and Sargent Beadles on the court.  The Kinesiology team had Mr. Kerrigan coaching and playing on the court and the science department providing the posters for the crowd.

The game was opened by our Cheerleaders and they continued to cheer the teams on from the sidelines.  The students also spurred on their teams holding up posters and cheering.  The Ambassadors maintained crowd control while supporting their teams and helped Mr. Vance MC the game.  Mrs. Verica handled concessions with her crew and Mr. Perricone, Mr. Nori and Mr. McGavin volunteered to referee the game. Half Court Shot Challenge was popular again with our One to one Rick winning the pot and bragging rights. 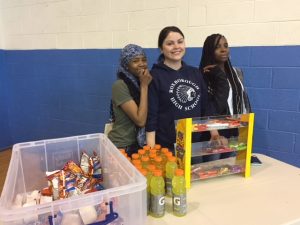